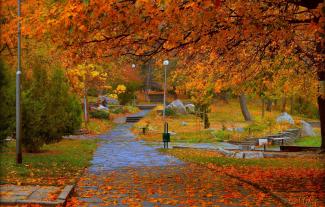 After months of disappointing jobs reports, robust job growth comes back in October 2021

After a few months of disappointing jobs reports, robust job growth came back in October, with 531,000 new jobs being added to the economy[1]. Adding to the good news, August and September's reports were revised upward by a combined 235,000 jobs. The newly added jobs helped the unemployment rate drop by 0.2% to 4.6%. The bad news is we're still roughly 4 million jobs behind pre-pandemic staffing levels. Businesses continue to struggle to find workers, especially in roles that are physically demanding. With a record 4.4 million people quitting their job in September and over 10 million job openings across the country[2], it looks like it will continue to be a job-seekers market for the foreseeable future.

As expected, the Federal Reserve announced its plan for reducing asset purchases, also known as tapering. The purpose of tapering is to reduce the amount of bonds the Fed is purchasing to supply the market with cash. The expected effect is interest rates will rise and slow down inflation. The plan kicked off this month and is likely to wrap up in the summer of next year if all goes according to design. As they like to do, the Fed statement included language giving them some wiggle room if the situation changes and they need to speed up, or slow down, their plan. Separately, markets are expecting two to three rate increases next year[3], starting in June, presumably shortly after tapering concludes. These anticipated rate increases would seek to "normalize" interest rates to pre-pandemic levels.

Lastly, we can't seem to go a month without diving more into inflation. October's Consumer Price Index (CPI) showed prices rose 6.2% on an annual basis and 0.9% on a monthly basis[4]. While the report showed broad-based increases across the economy, energy rose 30.0%, and used cars and trucks rose 26.4% versus a year ago. The used car prices reversed last month's indication that pricing pressures were normalizing. The inflation pressures are taking their toll on consumer sentiment as well, with the University of Michigan's Consumer Sentiment Index falling to a decade low of 66.8[5]. This means consumers are getting worried ... and if the Fed can't get inflation under control through tapering and rate increases, we all should be a little concerned.

The bottom line: Inflation pressures, especially with the ongoing supply chain issues, are likely to be a topic that stays in the headlines into next year. While the Fed has started its journey towards normalizing monetary policy, no Fed action will clear the backlogs at the ports or produce more natural gas. While lowered consumer sentiment heading into the holiday season may dampen some moods, companies have been able to post revenue and earnings gains. It's worth reiterating that despite periods of serious volatility over the last two years, equity markets have been strong. This speaks to the underlying momentum of the economy. However, short-term market pullbacks shouldn't be terribly surprising to anyone.