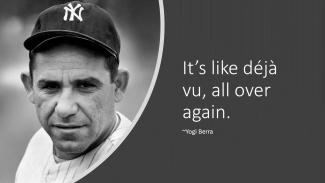 It is important to us that you are well informed about what is happening in the markets. Here are a few of the key topics of conversation that we feel deserve the most attention this month. If you have any questions or would like to continue the conversation, let us know, and we appreciate the opportunity.

It’s like déjà vu all over again. Inflation, rates, sentiment, and the invasion of Ukraine highlight markets and economics.

Unsurprisingly, Inflation continued to push higher in March with prices rising 8.5% over the prior year1, coming in close to expectations. It’s anticipated the Fed will weigh a larger increase in rates to bring inflation more quickly under control, creating substantial volatility in equity markets so far this month. Compared to February, prices for energy and services rose, while the prices for goods fell for the first time in a year.

Overall interest rates continue to rise, not only putting pressure on general bond prices but also causing mortgage rates to quickly rise. According to Bankrate, the average rate on a 30-year fixed-rate mortgage exceeded 5% in early April, the first time since 2011. Do we believe this will cause a housing bubble like in 2008? No, but it could help settle demand and help ease inflation in real estate, raw materials, and related home goods.

Consumer sentiment, which has been in the doldrums lately, jumped to a three-month high in April, according to the University of Michigan’s Consumer Sentiment Index. Attitudes toward the future leapt by the most since 2006, supported by higher wages and expecting longer-term price increases to fall from their elevated levels. Despite this bit of good news, the trend in sentiment is clearly negative.

Prior to the jump in sentiment, overall retail sales in March rose 0.5%2. Surging gas prices pushed up gas station sales and helped mask falling sales in vehicles and in e-commerce, which are two of the largest spending categories in the Census Bureau’s report. Despite average US gas prices slowly coming down from their recent peak in mid-March3, energy prices and increasing costs elsewhere in the economy may be taking a bite out of consumers’ appetite to continue spending on goods and services.

The bottom line: At the risk of being repetitive, inflation continues to be the primary story, followed by the war in Ukraine. As the world settles in for a protracted period of geopolitical saber-rattling, the Fed has the task of reducing US demand for goods. The upcoming Fed meeting in May will provide deep insight into how worried the Fed is about inflation. Until then, markets may still act volatility based on the latest headline or data release.

1. US Bureau of Labor Statistics, https://www.bls.gov/news.release/cpi.nr0.htm